That a schoolteacher from the Kansas City area left the bulk of her estate to the local Jesuits did not come as a big surprise to anyone, but the size of her estate surprised everyone. 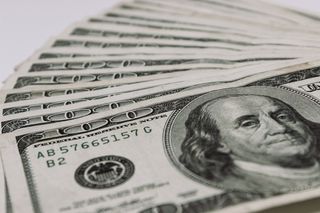 For people who knew Anna Kurzweil there was no indication that she was a wealthy person. She grew up on a farm outside of Kansas City and went to work as a teacher after graduating from college. During World War II she went to work in a factory that produced airplane engines.

A deeply religious woman, Kurzweil joined a religious order after the war. However, before taking her final vows, she left to take care of her mother who had grown ill. Kurzweil returned to teaching and made less than $25,000 year.

Eventually, she retired and lived on a modest pension. Thus, it was a surprise when she passed away in 2012 and bequeathed $2 million to the Jesuits.

Kurzweil's secret to amassing her fortune was simple. She lived modestly and frugally. She invested her money wisely and let it grow. It also probably helped that she never married and never had children.

What her story proves is that even people of modest means can amass wealth when they live within those means and do so consistently. Kurzweil had the good sense to understand that and thus she was able to leave enough money to a cause she believed in.