A new poll reveals that the majority of Americans agree with eliminating the estate tax, which suggests that they want to lower taxes on the wealthy.

The same poll also suggests, however, that the majority of Americans want to increase taxes on the rich in a different way. 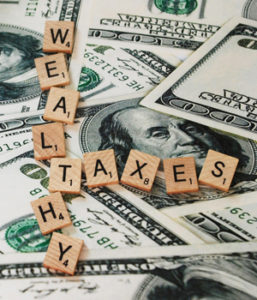 Gallup recently conducted a survey of Americans’ support for some of the proposals and released the results in “Americans React to Presidential Candidates’ Tax Proposals.”

Both Donald Trump and Ted Cruz have proposed eliminating the federal estate tax. According to the survey, the majority of Americans agree.

A total of 54% of respondents said that they agree with the proposal. Only 19% disagreed. The remainder responded that they did not know enough about the issue to have an opinion. As the estate tax only applies to a very small percentage of Americans this could be taken as an indication that the majority of Americans want to lower taxes on the wealthy.

However, only one other tax reform proposal also received support from a majority of those surveyed. A total of 63% agreed with Donald Trump’s proposal to close most tax loopholes and deductions available to the very rich.

What this means about attitudes toward taxes on the wealthy in the U.S. is unclear.

A future survey is planned to survey opinions about the Democratic candidates’ positions that could clear things up. However, it does appear to be good news for opponents of the estate tax. Republicans have wanted to do so for a long time and all of their candidates are in agreement on the issue. Both remaining Democrats want to increase the estate tax.

Unfortunately for the opponents of the estate tax, a reform on taxes does not appear to be a major concern for the general public at this time though.