Like her mother, Whitney Houston, the estate of Bobbi Kristina Brown has sparked massive family fights.

The latest battle has the estate administrator suing the trustees. 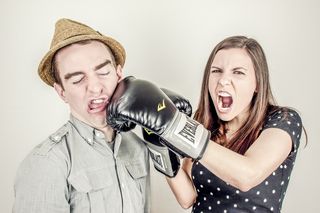 The battle over the estate of Bobbi Kristina Brown has featured plenty of drama. The family of her mother, Whitney Houston, is fighting with her father, Bobby Brown, over the estate left by Whitney. Yes, things can get complicated.

At one point it even included a boyfriend who claimed to have been secretly married to Bobbi Kristina. Now, there is a new development. The estate administrator has filed suit against the co-trustees of Bobbi Kristina's trust, Cissy and Pat Houston.

The trust is supposed to pay for the costs of administering the estate. However, according to the administrator, Cissy and Pat Houston will not pay any bills unless they consider the bills reasonable. The administrator claims that this has impeded the operation of the estate.

Given the contentious nature of the estate so far, it would be easy to quickly condemn the trustees for acting improperly. On the other hand, without knowing the exact nature of the bills the administrator submitted for payment it would be unwise to rush to judgment.

Trustees have an independent fiduciary duty not to waste the assets of the trust.

If the payments demanded by the administrator are unreasonable, then the trustees might have been right not to pay them. Before doing that it would have been best for the trustees to consult with an attorney.

It is not known whether they did this.