The idea of freezing a person's brain and bringing it back to life years in the future, when science is advanced enough to do so, has long fascinated science fiction fans and even led to some people having their heads frozen after they pass away.  Scientists might be one step closer to making it a reality. 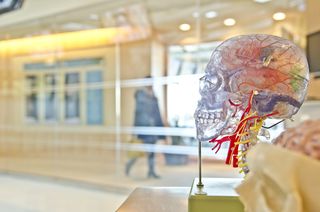 It is almost impossible to talk about Ted Williams without someone mentioning that after he passed away he had his head cryogenically preserved. In other words, Ted had his head frozen in hopes that someday scientists would later be able to bring him back to life with memories intact.

Unfortunately for Williams, scientists do not have a way to freeze a human brain that preserves the synaptic connections. Ted Williams will not be coming back to life in the future, however, scientists are a step closer to being able to freeze a brain.

The Huffington Post reports that scientists have now frozen a rabbit's brain in a way that preserves the synaptic connections in "Cryogenically Frozen Rabbit Brain Hailed As Scientific First."

This does not mean cryogenic preservation will be possible in the near future. It might never be possible. Regardless, it is interesting to wonder what it might mean for estate planning.

What would the legal ramifications be? Who would keep the property in the interim and how long must it be kept while waiting for scientists to be able to revive the deceased in some form?

These are not easily answered questions, but they do highlight how scientific advances could have a big impact on estate planning in the future.