of a double homicide and the subsequent suicide of the suspect. 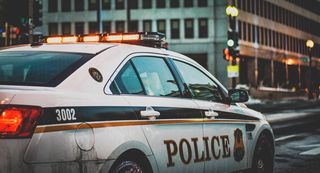 Raymond Giehl III became concerned when his wife sent him a text message that her uncle Lucius Hamilton III was at their home in an Indianapolis suburb and then she did not return his calls. He checked a feed of the home’s security cameras and saw Lucius. When he went home to check on his wife, Raymond discovered that she and their four-year-old son had been murdered.

Multiple law enforcement agencies began a manhunt for Lucius that included a lockdown of the small college where he worked. He was eventually found in an Indianapolis hotel room dead of an apparent suicide.

The Daily Mail reported this story in "Husband was watching home security footage from work when Indiana college administrator killed his wife and son, four, in fight over multi-million dollar family trust."

The details of the dispute are unclear, but it is believed to have started over a family trust that had been a source of contention between Lucius Hamilton III and his niece for many years. Lucius and his brother Raymond (the father of Raymond Giehl III) were co-representatives of their father’s estate that was settled in 2007.

The details of the family trust are not public, but it is believed to be worth millions of dollars.

When that happens, it is best to seek the advice of neutral third parties instead of letting the disputes simmer.