Hospices are supposed to provide humane end of life care.

Most do.  However, one hospice in Texas shows why we should always be vigilant in protecting against abuse of the elderly. 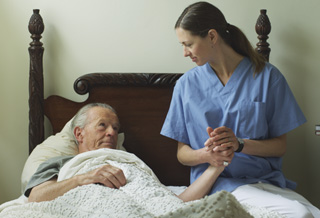 Monica Patterson was the director of a hospice in Edinburg, Texas. It appears that she viewed the position as a way to unduly enrich herself. How so?

She may have gone so far as hiring someone to murder an elderly patient to get his estate.

Patterson is accused of hiring a man to go with her to the home of a 96-year-old hospice patient. While there she allegedly threatened the man's caretaker, an employee of the hospice. She and the man she hired then allegedly killed the patient.

The hired killer told investigators that Patterson promised him a portion of the victim's estate for his role in the killing.

The two are charged with capital murder. If found guilty, they could be sentenced to life in prison or receive the death penalty. Patterson is also accused of misappropriating more than $100,000 from the hospice for personal use.

The Brownsville Herald reported this story in "Former hospice director pleads not guilty."

Elder abuse is a serious problem in the U.S.

This story illustrates that it can be found almost anywhere and anytime. Sadly, even people entrusted with the care of the elderly are potential sources of abuse.

While there is no sure fire way to prevent elder abuse, it is important for friends and family members of the elderly to be alert to any warning signs.

If something seems suspicious, it should be reported to law enforcement or a trusted elder law attorney.