The family life and drama of Sumner Redstone is currently being played out in the media and on Wall Street.

It is not the first time that a self-made billionaire's personal life has made the news and harmed his business when the founder gets old, so it would be wise to pay attention to the story and learn from the mistakes. 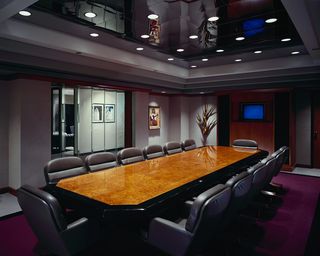 Media mogul Sumner Redstone recently stepped down from his roles as chairman of CBS and Viacom amidst stories of his ailing health and accusations of mental incompetence from an ex-mistress. These accusations have opened his succession plans to public scrutiny, which has led to falling stock prices for both companies.

Redstone owns 80% of National Amusements, through which he still has a controlling stake in both CBS and Viacom. His daughter owns the other 20%.

After he passes away, Redstone's shares are to be put in trust for his grandchildren. This has led to controversy, as the new chairman of Viacom is also one of the trustees. Redstone's daughter claims this is a conflict of interest.

As reported by the New York Times "When Family Fortunes Beget Vicious Power Struggles" this is not the first time a feud over a family-owned business has been made public when the founder begins to age or passes away. It is actually fairly common when the founder has done little to pave the way for a successor to operate the businesses and instead holds onto control for too long.

The saga over Redstone's media empire is just beginning and it might still work out. However, it should be considered as a lesson for anyone who owns a family business. It is extremely important to have a solid succession plan in place as part of an estate plan and that succession plan should be developed over a period of many years.

Control should gradually pass from the founder to successors to ensure a smooth handing off of power. An experienced estate planning attorney can help you make this happen.