Americans are familiar with prenuptial agreements that detail how a couple's property will be divided in the event of a divorce or death.

In most states spouses can reach similar agreements after they get married. 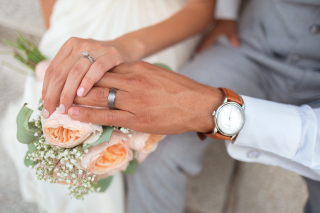 The Wall Street Journal reports that the use of postnuptial agreements is increasing in "Why Postnuptial Agreements Are on the Rise." These are agreements married couples enter into that are similar to the more well known prenuptial agreements. The purpose is to enter a contractual arrangement that dictates how assets should be divided in a divorce or if one of the spouses passes away.

The article says that the most common reason for the agreements is to punish a wayward spouse as a condition of continuing the marriage. However, there is another reason couples might consider a postnuptial agreement.

They can be very useful in estate planning.

Every state has a law that gives a widow or widower the option of claiming a certain percentage of a deceased spouse's estate regardless what the estate plan says. This "election" is known as a spousal elective share. These laws are necessary to ensure that a spouse is not left without means of support.

However, in some cases they make estate planning more difficult, especially when both the husband and wife are independently wealthy or if one or both of them have children from a previous relationship.

Postnuptial agreements can be used in those situations to get around the spousal elective share. For example, they can be used to ensure that a family business goes to the owner's children instead of going to a spouse who could turn around and bequeath it to stepchildren or children from a future relationship.

Postnuptial agreements are not allowed in every state and many states that do allow them have strict rules to limit them.

Ask an attorney about any rules in your state.

Reference: Wall Street Journal (March 10, 2016) "Why Postnuptial Agreements Are on the Rise."