The Detroit Lions say that there is a succession plan in place for when the current owner passes away.

They are not saying what that plan is, which might cause some concern for the NFL. 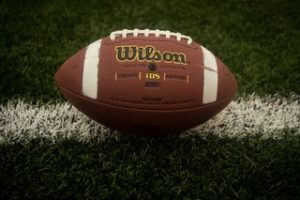 Like other professional sports leagues the NFL has tight restrictions on who can own a franchise. It is important to the league that ownership be financially stable enough to not put the team in jeopardy. For this reason the current ownership situation of the Tennessee Titans is causing some consternation.

A lack of succession planning has left the team under the ownership of the multiple heirs of the team’s founder and there is concern that the team might have to be sold.

The Titans are not the only franchise the league is concerned about. The Detroit Lions might also be problematic.

The Lions say there is a succession plan in place, but they are not telling anyone what that plan is.

NBC Sports reported this story in “Lions say Ford family has a succession plan in place.”

Most experts believe that for a succession plan to succeed it is important to make it known to heirs and key employees before the current owner passes away. Doing so helps ensure a smooth transfer of power as the designated heir can start taking over while the current owner is alive and able to offer assistance.